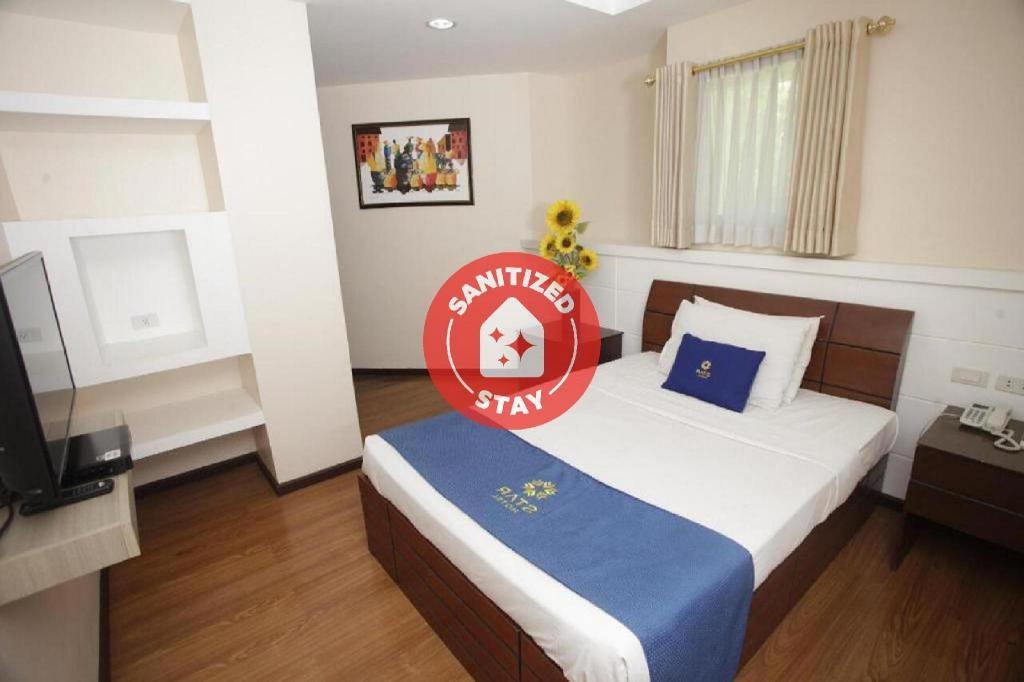 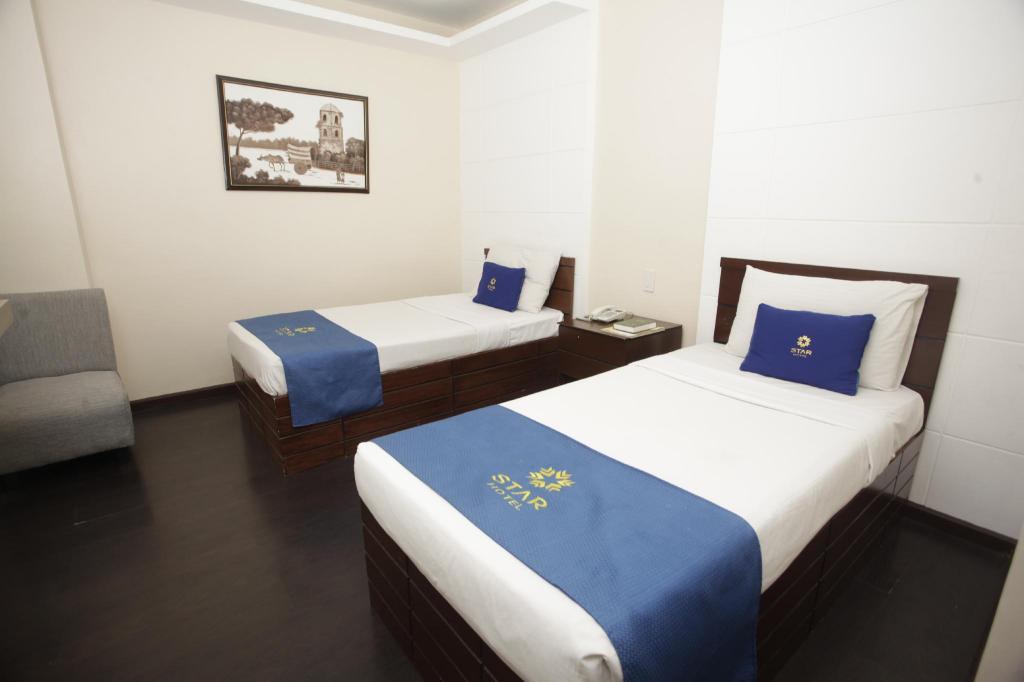 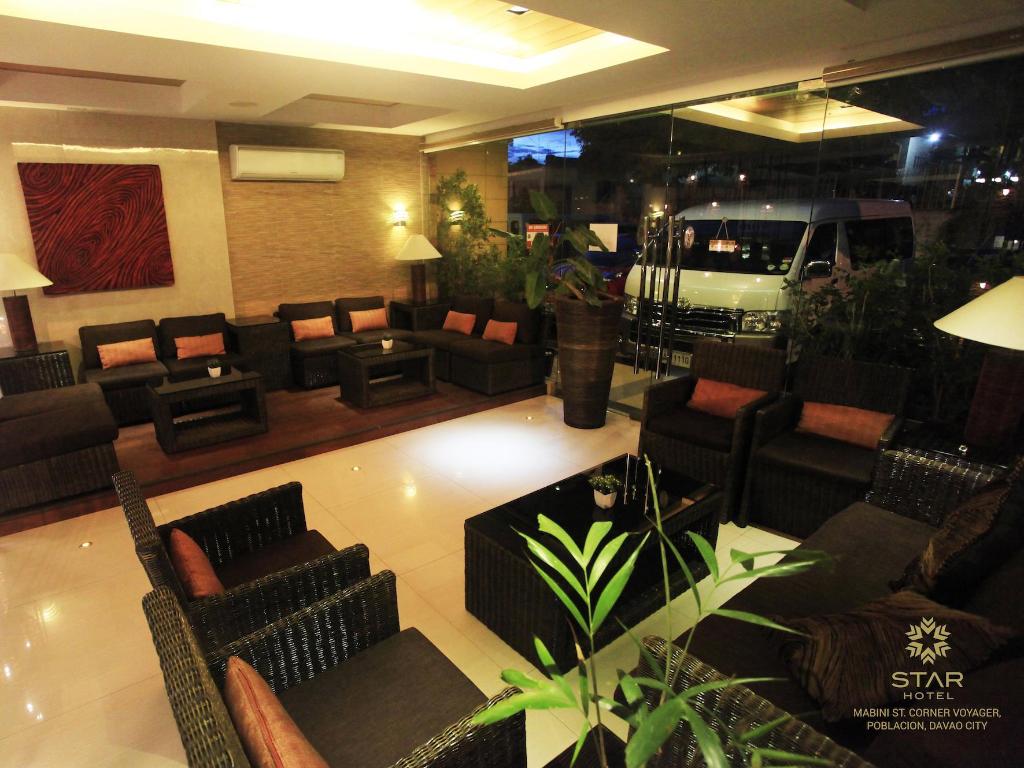 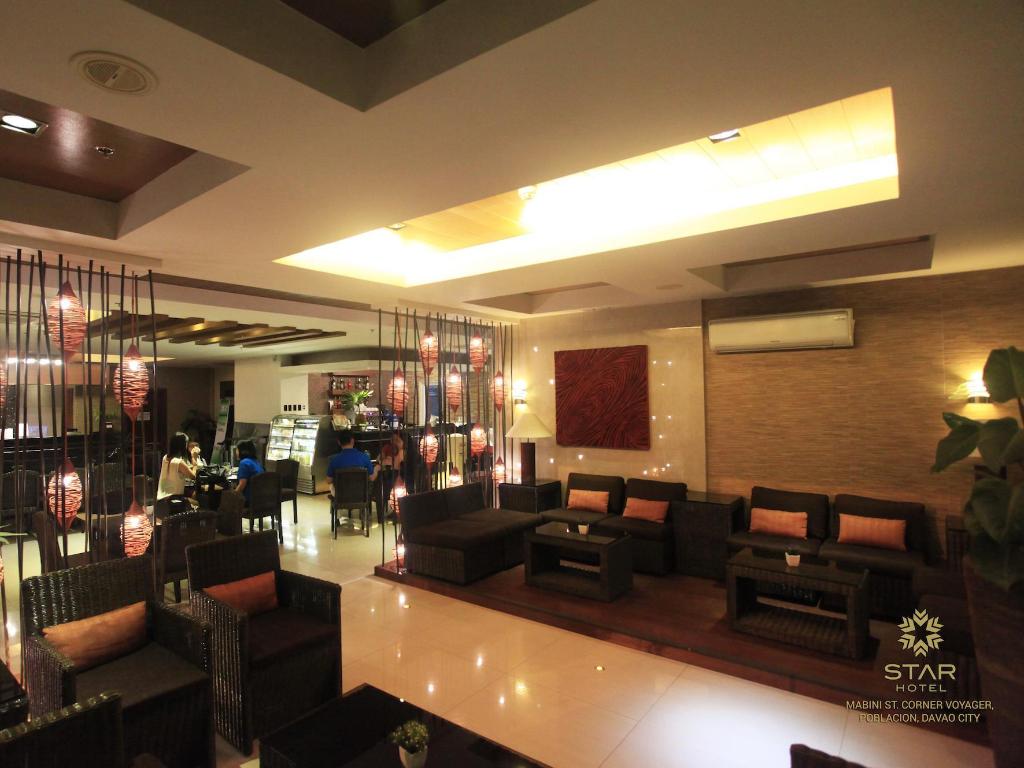 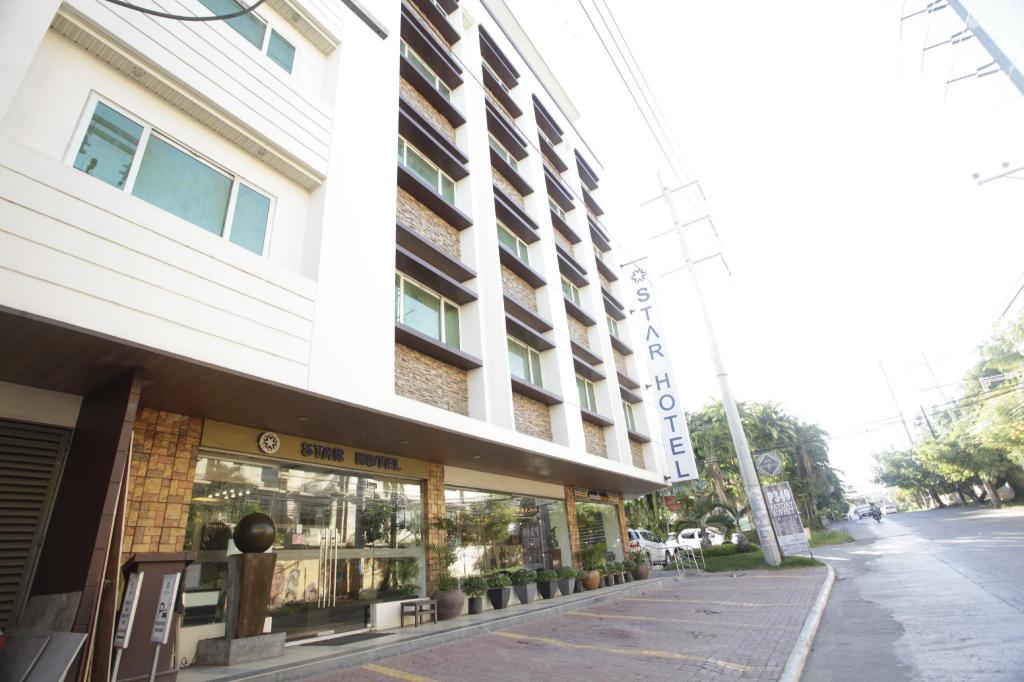 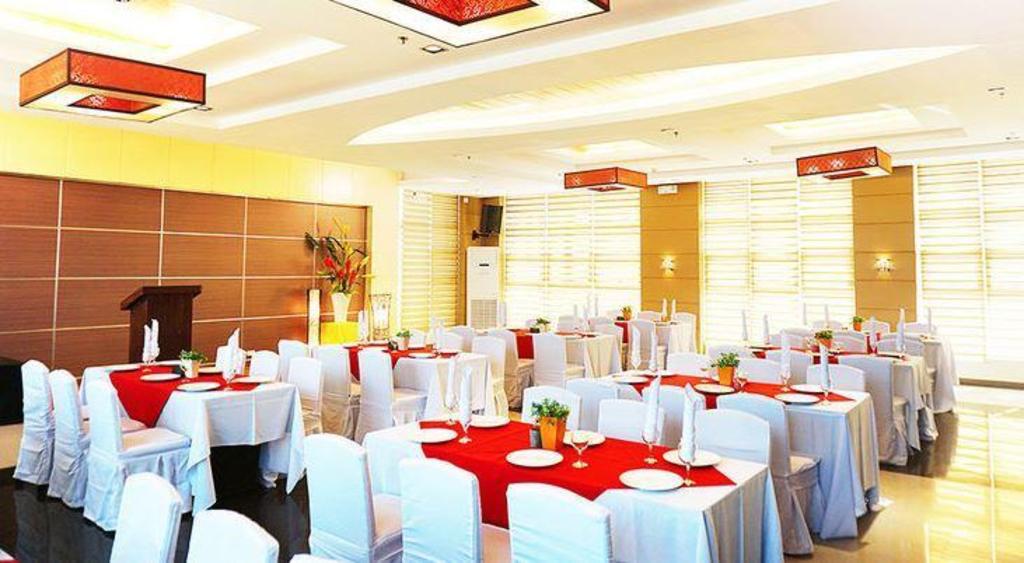 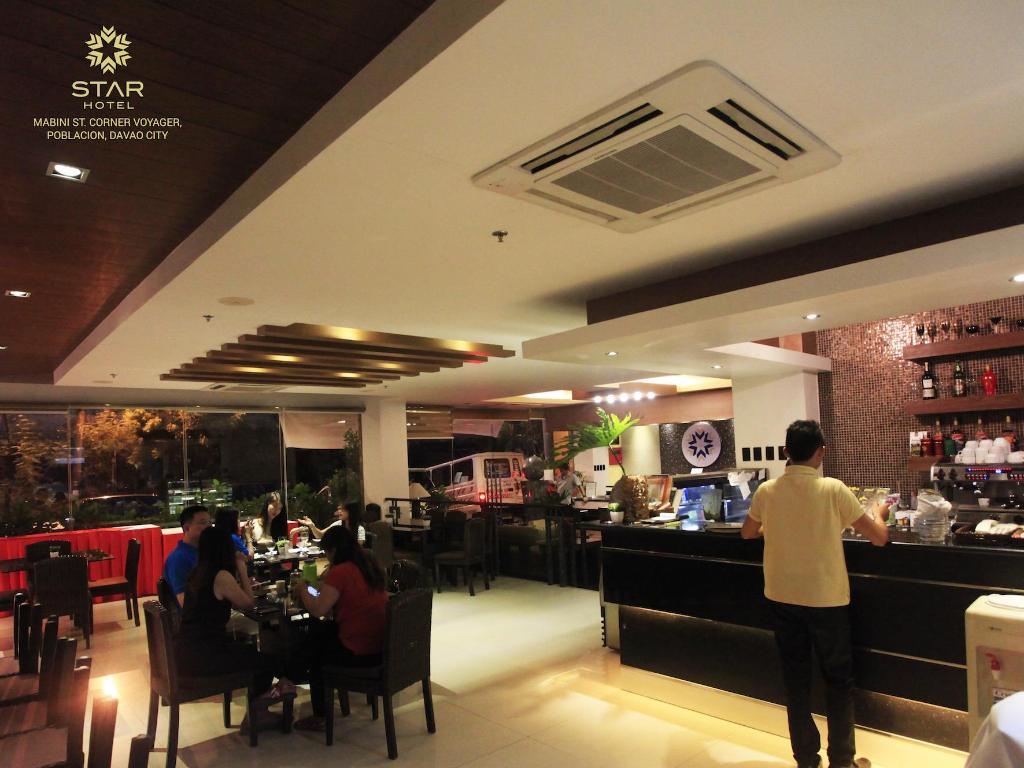 Conveniently situated in the Poblacion part of Davao City, this property puts you close to attractions and interesting dining options. Don't leave before paying a visit to the famous Davao Crocodile Park. This 3-star property features restaurant to make your stay more indulgent and memorable.

The Safety Seal is issued by the Department of Tourism to affirm that this accommodation establishment is compliant with the minimum public health standards set by the government and uses a contact tracing application.

Hygiene Plus
This property has self-selected and self-certified the following hygiene measures.Learn more

Your dates are popular among travelersUsers are booking a place in Davao City every 10 minutes on Agoda.com

What time is check-in and check-out at Star Hotel?

Check-in is from 02:00 PM, and check-out is until 12:00 PM. You may request early check-in or late check-out during booking, subject to availability. Guests checking in or out before or after the designated periods may be charged an additional fee. The front desk is always open, day or night.

How do I get to Star Hotel?

For those who wish to drive their own cars, Star Hotel has a car park that's close to the hotel. If you're looking for an easy way to get around Davao City with private transportation, the hotel can arrange taxi service.

Star Hotel does not permit smoking in any of its rooms or indoor areas.

What is the closest train, metro, or bus station to Star Hotel?

Holiday Bus Station is the closest train, metro, or bus station, about 2.0 km away from Star Hotel.

What restaurants are nearby Star Hotel?

Restaurants including Yoh Froz, Mia Figlia Pasta and Gelatomania are popular in Star Hotel’s neighborhood which is known as Poblacion.

What popular shopping places are close to Star Hotel?

What are popular attractions near Star Hotel?

What popular natural sightseeing spots are close to Star Hotel?

Star Hotel is located in the Poblacion area, which is famous for natural sightseeing destinations such as Rainforest of Africa & Madagascar, Bamboo and Magsaysay Park.

What people love about Star Hotel

Star Hotel is the perfect place to experience Davao City and its surroundings. From here, guests can enjoy easy access to all the landmarks this lively city has to offer.
Take advantage of a wealth of unrivaled services and amenities at Star Hotel. Stay connected throughout your stay with free internet access provided. Your explorations of Davao City can be assisted with the taxi services available here. The hotel's 24-hour room service will make staying in a great choice.
The hotel is entirely non-smoking.
Guestrooms are fitted with all the amenities you need for a good night's sleep. To enhance your stay, some rooms at the hotel come with air conditioning. The hotel's in-room entertainment is second to none, with daily newspaper and cable TV provided to guests in select rooms.


Dining and things to do

Throughout your stay, choose from a variety of delicious dining options at the hotel. Once there, be sure to check out bar for some in-house nighttime fun.

Venture outside Star Hotel and explore Davao City during your stay. Learn about the city's art history with a day at D' Bone Collector Museum located 2.0 km away, where you can see collections by famous artists. Your journey through Davao City can be completed with a short shopping stop at Abreeza Mall located 1.7 km away.

Spend less here on rooms than you would at 86% of other accommodations in the city.

Most talked about facilities

Compare to other recommended properties

Provided by verified guests of

Affordable and location is great.”

I rented 4 family rooms for 2 nights, Christmas eve and Christmas Day. Compared to other hotels which offers family rooms in Davao City for those 2 nights, Star Hotel is affordable. Location is great. I would recommend this place to my friends. Staff in the Front desk are nice. Housekeeping people are awesome. It was a really good stay.

I like our stay in Star, we had an event on the next day, it was my daughter's christening. The staff are very welcoming and helpful of our needs in the function room, you'll really expect a warm welcome from them, 100% recommended!

The hotel located in the city center and lots of public transport, nearby restaurants, bars etc. The hotel staff are nice and friendly. Breakfast is superb.

Hi, Rey! Thanks a lot for staying with us. We hope to welcome you again with a wonderful experience further. Regards, Alex

The pm shift guard was just playing with his phone when we were checking out. But nevertheless it was a good stay. Hotel staff were accomodating. Room was great Location is also near at malls.

Hi, Roy! Happy to hear that you admire our services. We look forward to serving you soon. Regards, Marie!

hotel does not accomodate early check in, lets you wait for 3 hours”

facility is not that great, far from city, breakfast menu: egg , hotdog and mongo sprout, and they called it buffet, price is same with other 3 star hotel, most of all no wi-fi. no greetings when you enter, no one will help you to you room, staff ignores you a lot. the only one that greeted me is the guard of the hotel. far from restaurant and convenience store. this is the first time ive been asked to wait 3 hours, even though there's a lot of people who checked out already. Had they told me there's an additional charge for early check in, i would have paid, coz i did it in other european and asian hotel, simply amazing and shocking, good thing they have a vegan food to order in their mini bistro

My second booking at this place. Got the room at a cheap price with free breakfast. Clean sheets and towels. The bathroom could do a more thorough cleaning. Heater runs too hot or too cold.

Did you find this review helpful?|
6.4
Good
Ann from Philippines
Family with teens
Deluxe Twin Room
Stayed 1 night in September 2019

We had our room on the 5th floor at 510. This room has no window but it was fine. One thing that they really need to improve is the kind of breakfast they are serving. Egg omelet was too dry, corned beef tasted like a not for hotel type one. I think it would be better to drink a 3 in one coffee than the brewed one they're serving. I think you can get a better deal with the price in other hotels and get breakfast from Jollibee or McDonalds.

Recommended but with caveats”

It's a nice place and almost up to western standards. The room was fine and attractive and the aircon was satisfactory. The Internet was totally pathetic. I could connect but not get anywhere. I mean, "nowhere". The shower head wouldn't stay up in the normal position, so bathing was difficult. That was a real aggravation. The buffet breakfast, at least according to western standards had serious problems. They served an egg scramble with ham and some vegetables, maybe red and green peppers. They was fresh fruit and local white bread and a toaster. In addition, they had hotdogs (I'm serious) and some sort of fried sausage. Of course, there was rice too. All the cooked foods were served in chafing dishes. But, they didn't have burners or any heat under them! Who wants to eat eggs at room temperature, especially after they have been sitting out for an hour? Remember, this is a tropical country and the way the food was served, was just begging for customers to get food poisoning. I was appalled and wouldn't eat any of it. One other thing that really irritated me, was that they take a 200 peso deposit for the room key, and plus, if you lose it, you pay a 500 peso fine. We are taking about one of those credit card-type room keys, that unlock your door with a touch. They're worth all of 7 cents, and no hotel anywhere in North America takes a deposit on one of those, and if you lose it, they just happily replace it. Not here. And when I checked out, the desk clerk "forgot" to refund me the deposit and I had to ask for it, then she "remembered". Would I go back? Yes. It's good value and basically ok. But if they corrected the shower problem, fixed up their breakfast (we went to McD, a 100 peso fare each way) and eliminated that room key deposit "business" that they have going, I'd not write a critical review. One thing I forgot to mention, is the fantastic iced latte I had in their bar downstairs. The barista wrote, using coffee, "have a nice day", and that

Pros - Clean hotel. Location is great. Accomodating and friendly staff Room rate is okay as long as u book early Cons - Breakfast is okay as long as u take yours at 6.30 cuz the food gets very cold much later since their food containers do not have heaters underneath. Clean hotel but 3 small cockroaches were sited during my stay. This can easily be reollved with insecticides. Facilities - small lobby, dining area.

Very clean rooms, spaceios bathroom, i was scared of the military police stanby on the hotel

Upon entering, there is no front desk officer. After a while, the front desk lady just casually walks towards the back of the desk from the lobby like she is walking in the park and not even saying a welcome to the guests. Also kind of snarky towards the security guard over such a small thing as a "pen" that he wants to borrow, and telling the guard to buy his own pen. By the way, the pen that was supposed to be borrowed by the guard was for us to use to fill up the guest record. Ugh, even if she's that way, at least there should still be some manners and decorum but none came from her. She gave us a wifi password that won't make our laptop nor phone connect to the wifi until the end of our stay. The television cable is not working well not to mention the fact that the channels are basic. Also, the bed covers are white on the surface until you pull the covers over the light and see the "hidden treasures" or blots through it. This is what I cannot forget the most. The room is spacious though, the exterior and interior of the entire building look good and the hot shower works well too! The problem however is the service and the cleanliness. I hope for more from the service and cleanliness of this hotel since the hotel itself has potential.

Sorry for the inconvenience, Cael! Please consider the issue of cleanliness as an off case, as this is one of our basic requirements to serve our guests with. Do give us a chance to host you again and we will make sure that you experience the comfort and hospitality we are known for. Regards, James!

The place is near the city. The staff are very accommodating. Breakfast is good.

Did you find this review helpful?|
10.0
Exceptional
Rizza from Philippines
Couple
Deluxe Twin Room
Stayed 1 night in May 2019

Did you find this review helpful?|
8.0
Excellent
Lino from Philippines
Family with teens
Deluxe Double Room
Stayed 2 nights in October 2019

you j can hear car and people talking outside. not recommend room that are near the front road

Did you find this review helpful?|
12
This is a popular property. Don't miss out!

Back to search results

Back to room choices 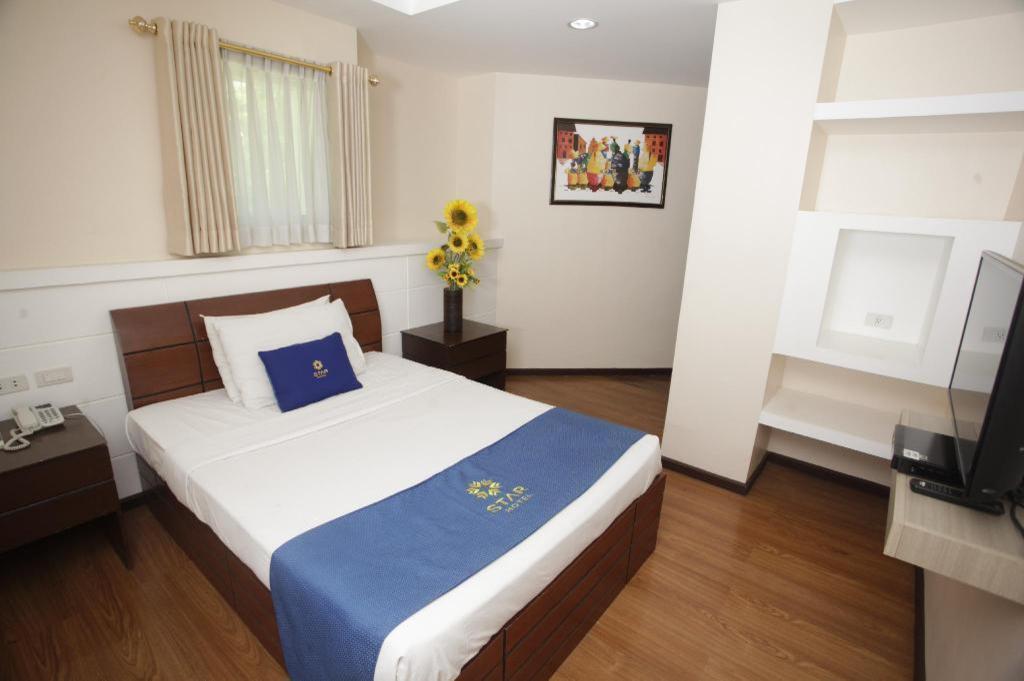 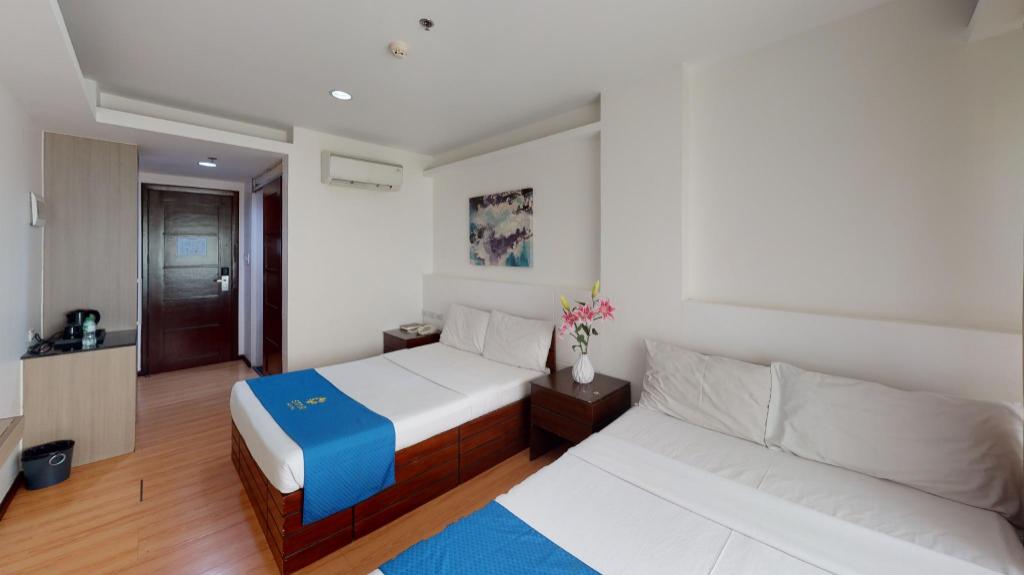 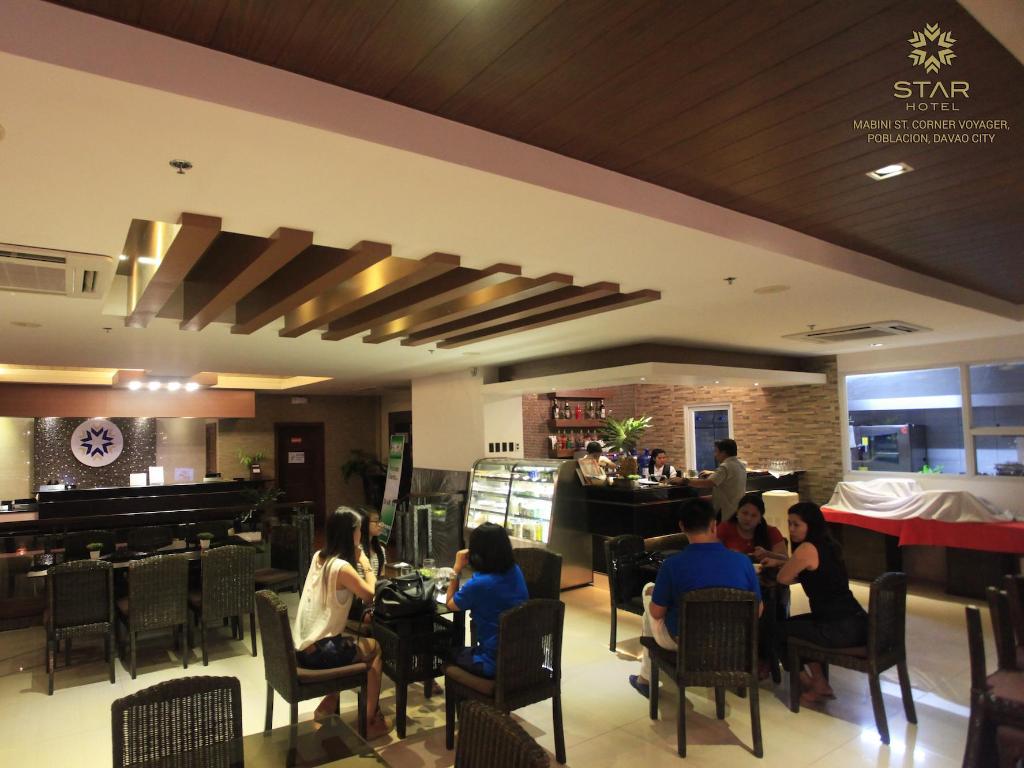 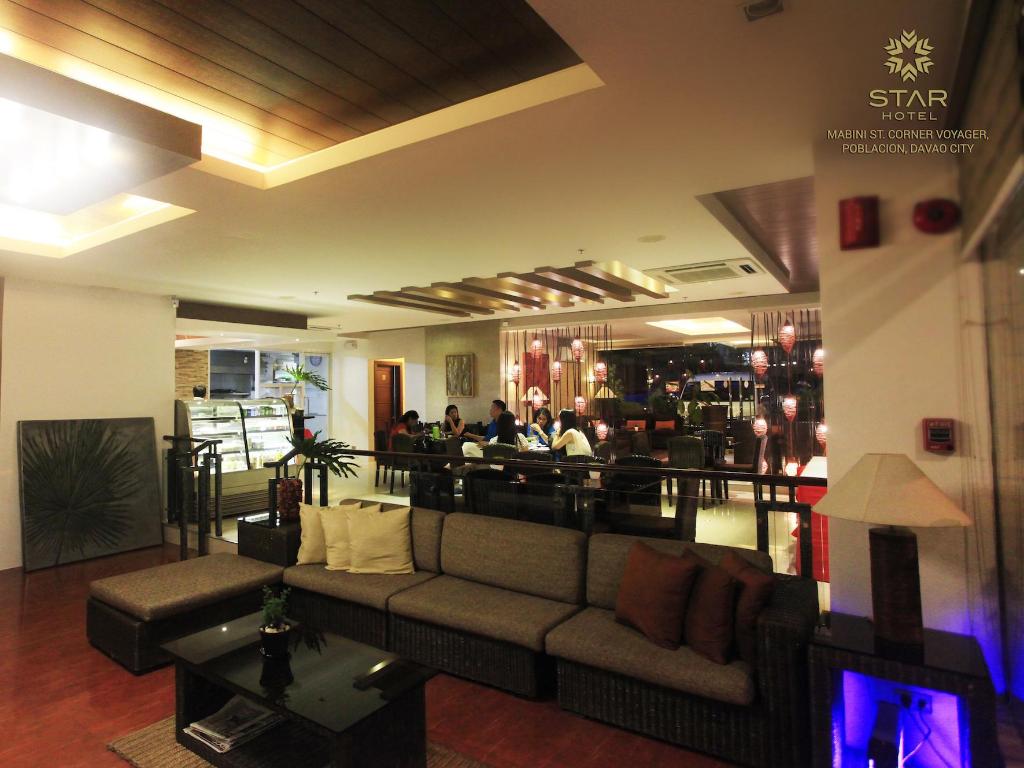 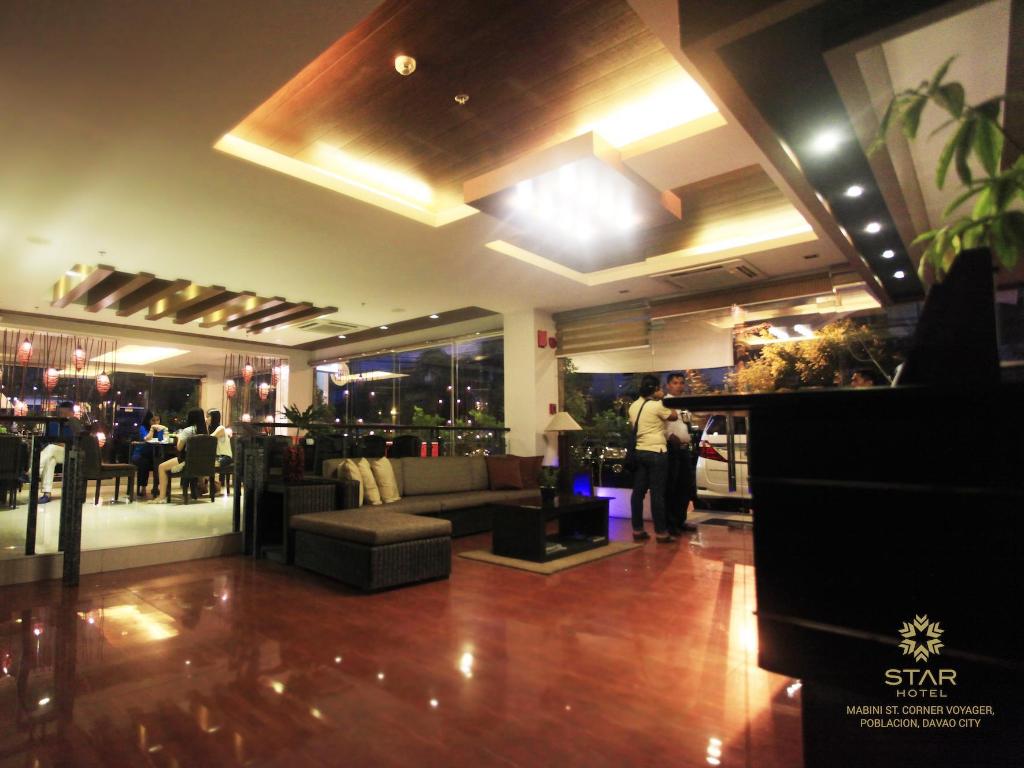