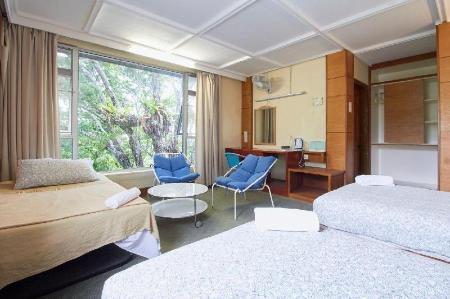 See all
Bellevue The Penang Hill Hotel
Penang Hill,Penang Hill - View on map
"the surrounding is very comfortable and the hotel is just fine if you do not expect much. the view from the restaurant is breathtaking but the steamboat dinner is a letdown. i advise you can take your lunch/dinner at the penang hill visitor’s centre food court (more variety). also, pay a visit to david brown’s restaurant & tea terraces and enjoys another great view of penang island while having your lunch/dinner there. last, there will be more new attraction on the hill. the new canopy walk (200m) & nature trail (1.6km) will be open next year, feb 2013."
Show more
6.8 See all
Hickory Penang Hill
Penang Hill,Penang Hill - View on map
"Booked the Hickory for our family of 4 to experience an unrushed full day in Penang Hill visiting the Habitat, Curtis Crest, Langur Way Canopy Walk, the Ziplines, to enjoy exclusive, unobstructed views of George Town and feel the cooler air, to witness sunrise and sunset. Was given detailed guidelines on getting there by Raj whom also promptly responded to all my enquiries. We took Grab to Lower Station on a Tue morning, reached at 9.30am and was informed the funicular train only stops at the lower tunnel station (where The Hickory is) every hour. So despite being our turn to board, we were directed to wait at the fast lane area till 10am. The ride up was nice as you get to board the front carriage if you are alighting along the way. Travel light so you do not occupy too much space in the cabin and is easier on the pathways and steep slopes to and from Hickory. Alternatively you could book a 4-wheel drive in advance which helps save time from queuing. If u take train up, buy a one way ticket up and only buy for your way out upon leaving the hills when you reach the lower station. Queuing for the train to make your way down to Hickory could be madness on a rainy day with large crowd. Priority is not given even if you are a guest staying there, not forgeting that the stop at your station is only permitted hourly. This is because the stops will slow down the movement of the queue. On a dry day, consider walking downhill as it takes only about 15 min and here, the temp is 5 degrees lower than average in Penang. The queues are the only reason I gave the place 4 instead of 5 stars. We opted for steamboat dinner. There was another group and we made friends after dinner. It was even colder at night and in the morning which we loved. Had western breakfast outdoor over-looking Georgetown. If you come in group of at least 7, you could take up the entire upper deck. Overall, the place was what I expected, but what's more amazing was the night view of George town from"
Show more
8.8 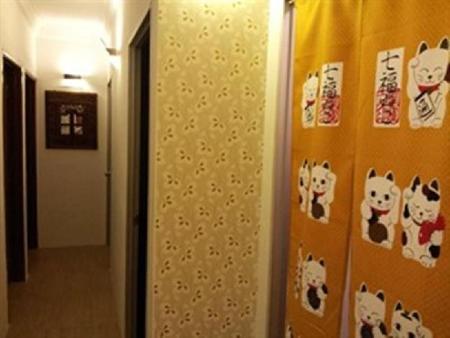 See all
Fastbook Vacation Home
Penang Hill,Penang Hill - View on map
"Pros: Its really awesome trip with my family members. It walking distance only to Penang Hill. Its worth for money and we enjoyed. Thank you Mr.Koh and Miss Lee. Cons: Parking very limited. Facilities completed but the house small too. "
Show more
7.3

Discover the neighborhoods of Penang Hill