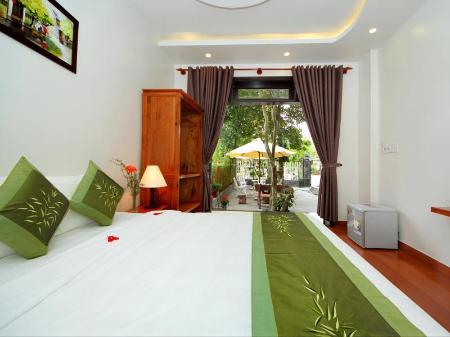 See all
Blue Lake Homestay
Cam Ha,Cam Ha - View on map
"The rooms here were gorgeous! The owners were very welcoming and gave us a map of the area despite their English not being the best. We were able to borrow their bikes for free as well which was an added benefit as we could easily get to both the old town and the beach. I’d definitely recommend staying here! "
Show more
8.9 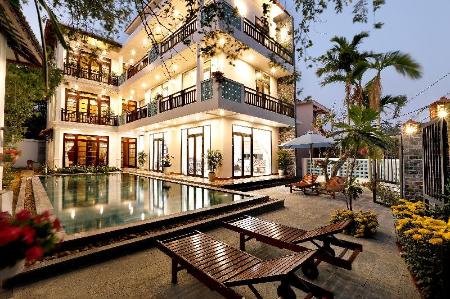 See all
Tropical Garden Homestay Villa
Cam Ha,Cam Ha - View on map
"Although a little hard to find if you take a wrong turn lol. But if you are looking on your phones maps just search for the Garden Village itself. There are a couple of Homestays in the one alley. The Hotel is in a perfect location between the city and the beach. Only a few minutes by car or scooter to either one. You can always hire a push bike from town and ride wherever. They have a tour booking onsite. The amenities are all modern, the food fresh and it all comes down to how you yourself could wreck it.The owners have just started and this place will be the hidden gem. Will definitely be staying again."
Show more
9.4 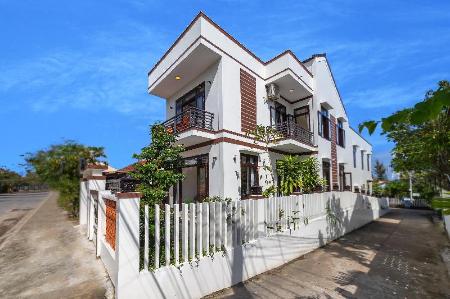 See all
Sum Villa Hoi An
Cam Ha,Cam Ha - View on map
"We are two backpackers who had no idea where to go during our stay in Hoi An. We tried Sums Villa and were very lucky! Amazing accommodation near city center and beach (right betweend thw two spots) Very nice staff! Clean rooms, nice beds, amazing bathroom, perfect AC and all that for an amazingly cheap price! Even free washing in the building and also very cheap motorbike rental plus free bikes! Tony was the nicest! He helped us every time we had questions and really did his best! We had dinner two times at his restaurant which is right next to the hotel. The food was very delicious. All in all it was a perfect stay and for sure our best accommodation during our 4 weeks in Vietnam! We will definitely come again!"
Show more
9.1 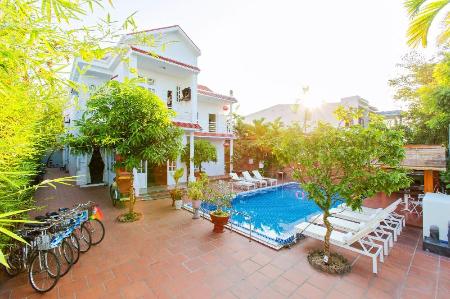 See all
Hoi An Life villa
Cam Ha,Cam Ha - View on map
"This homestay is by far the best we stayed in throughout our 2 months of travelling. Although the mother and father's (fathers is slightly better) English isn't that good they really really try their very best and if all else fails they ring their son up and allow you to speak to him. The family are very very friendly, offered us a free meal and even had a drink with us. The breakfast cooked by the mother is amazing!!! The son (I didn't ask names and really wish I had) was very accommodations always asking us if we wanted feeding and brought some fantastic sandwiches!! The free bikes with this homestay are a huge bonus. It is slightly out of the old town, but walk-able, however the added bonus of this was making it closer to the An Bang Beach. The room was very large and the bathroom had a bathtub which was something we hadn't come across on our travels. Very clean as well and the mini bar is so cheap that ours was about re-stocked every day!! There is some building work being done which did wake me up however the other guests we spoke to weren't affected so we guessed it was above our room however we booked an extra 4 nights (or there abouts) with this homestay, and stayed in the same room, which I believe says it all. Nothing but praise for this family. Thank you for allowing us into your home and making us feel very welcomed!"
Show more
8.9 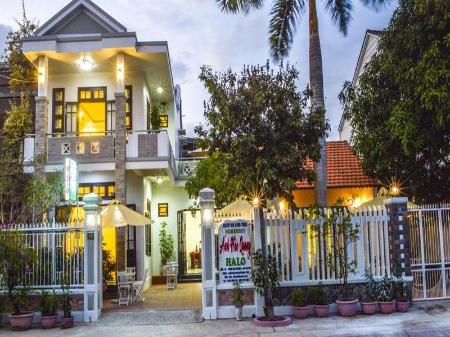 See all
Halo Homestay
Cam Ha,Cam Ha - View on map
"Weve since travelled throughout Cambodia, Laos, and Thailand, and Halo Homestay has been far and away our favourite accommodation. The beautiful, bright marble rooms are accompanied with clean bathrooms and comfortable bedding, which gets cleaned and made up daily. The breakfast included has been the best we've had, even when paid out of pocket (get the omelette and coffee!). When we were leaving early for My Son one morning, they even packed us a to go breakfast for the next day. This family truly cares about their customers well being - as indicated by their waves goodbye as we drove off in our taxi. We intended to stay for two nights, but stayed for five. Stop looking now and book this homestay! "
Show more
9.3 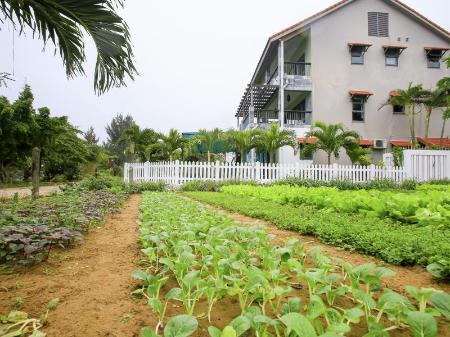 See all
Huyen Tra Que Homestay
Cam Ha,Cam Ha - View on map
"This place disappointed us. Hoi An has many options for lodging but we decided to give this place a chance, partly because it says it's nestled by rice fields. There were no rice fields, unfortunately, just some small farmer's crops (practically just gardens) on each side. It is located so far from the city center that it's at least a 20 minute bicycle ride and definitely not advisable to walk. It's perhaps a 10 minute bicycle ride to the beach and maybe walkable but the main road is quite busy and we wouldn't recommend it. The staff were friendly and accommodating even after we checked out. The couple spoke a satisfactory level of English but failed to be able to understand "mechanic" or to direct us to a motorcycle shop, despite two being just down the street at the nearest traffic light. They also failed to deliver on their promise of providing an air conditioner remote on our 2 day visit, and the window could not be opened due to a broken latch. The room was nicely decorated and had a even featured big fridge and heavy duty safe. They provided luxuriously plush towels and nice toiletries. However, there was a massive cockroach on the wall, which they simply nudged with a broomstick and apologised for. We've been traveling Asia on a budget for the past 6+ months and not once have we stayed in a place with cockraoches. To top it off, a couple of big spiders had made their home in the shower. The window curtains and shower curtain were both in poor condition (the latter was infested with black mold), and the bathroom had a bizarre addition of a urinal in front of the toilet. Never been in a private bathroom with a urinal, that should definitely be removed. The breakfast was also quite subpar and disappointing, considering how good the food in Vietnam is. Based on that, I definitely wouldn't sign up for the owner's cooking class, which she will definitely mention to you. Overall, we really wish we had stayed elsewhere in Hoi An."
Show more
7.8 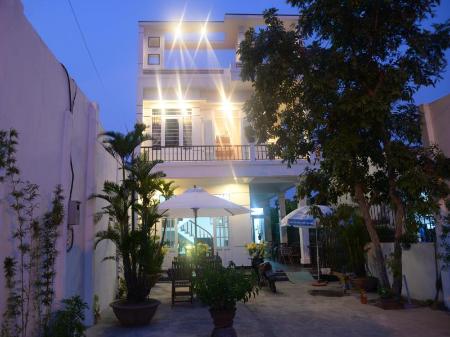 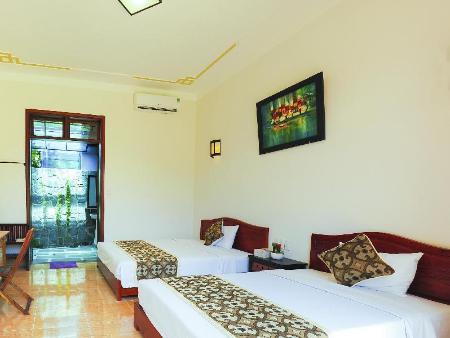 See all
Galaxy Homestay
Cam Ha,Cam Ha - View on map
"What a lovely setting, a walk from the chaos of Old Town and also Close to the beach and vegetable gardens. The rooms are spacious with high ceilings and comfy beds. But the best part is the family ownership--they all treat you so kindly and are truly helpful to make your stay comfortable. Loved the day we rented bikes to get around and explored the beautiful areas beyond the tourist center. Recommend highly!!!"
Show more
8.9 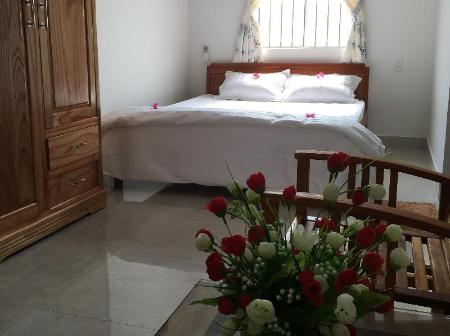 See all
Green House Homestay
Cam Ha,Cam Ha - View on map
"Very clean, excellent WiFi and air con. Good size room and comfortable beds. We borrowed bikes (no cost) and they supplied us with free tea and water melon every time we came back. Very friendly family who helped organise competitively priced buses and tours for us. Cons: no view from our window - this didn't bother us. The snorkelling tour was crowded and we couldn't swim due to too many jellyfish. Coral has been severely damaged and only saw 1 fish!! This was a public tour - not organised by the hostel but arranged by them - I wouldn't recommend this tour. I would highly recommend this homestay as its excellent value for money, extremely friendly & helpful and very clean. "
Show more
9.2

See all
Blue Lake Homestay
Cam Ha,Cam Ha - View on map
"The rooms here were gorgeous! The owners were very welcoming and gave us a map of the area despite their English not being the best. We were able to borrow their bikes for free as well which was an added benefit as we could easily get to both the old town and the beach. I’d definitely recommend staying here! "
Show more
8.9

Discover the neighborhoods of Cam Ha