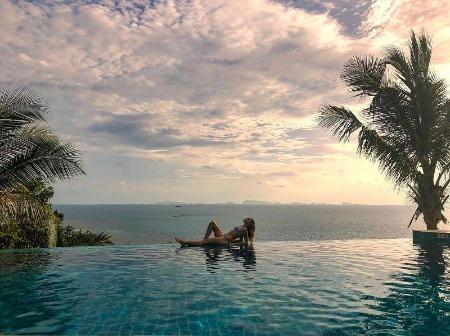 See all
Sunset Hill Boutique Resort (SHA Extra Plus)
Haad Chao Phao,Haad Chao Phao - View on map
"What an amazing place! Beautiful Villa set in the hills of Haad Chao Phao with the most amazing view over an amazing infinity pool. Ticked all the boxes for me! Amazing staff too with all your needs catered for. "
Show more
8.4 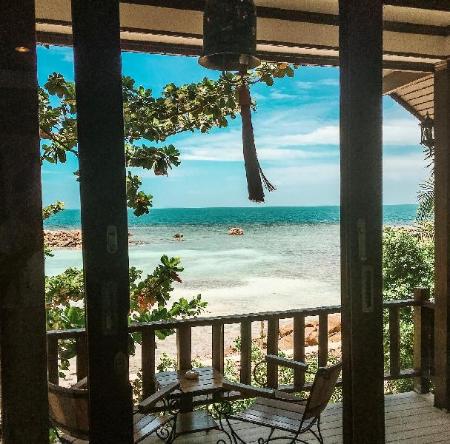 See all
Zama Resort Koh Phangan
Haad Chao Phao,Haad Chao Phao - View on map
"The room is clean. They have room cleaning service even twice a day! You will have your own SPACIOUS balcony (with free mosquito repellent) and you can enjoy the view any time. Of course, the view from poolside and your balcony are stunning. The WIFI is fastest on Koh Pha-ngan. Welcome drink, welcome fruit and welcome letter are the sweetness of their service mind. Location is best to visit other beaches and restaurants. Each room is separated from others. So, you do not hear your neighbour's snoring during your relaxation and you have enough privacy and security. The pool is big enough to have an exercise or take a photo for Instagram. You can order a drink to sit poolside during their service time. Numerous choices of breakfast. They have BBQ night 3 times a week. Sadly, we were at Zama only 3 nights. But surely we will come back again <3"
Show more
9.2 See all
Jungle Hut Bungalows & Hotel
Haad Chao Phao,Haad Chao Phao - View on map
"We stayed at a variety of places on Haad Chao Phao, and Jungle Hut Bungalow was the least expensive. I liked the front porch and hammock. It has a modest, lovely beach front. The beach is swimmable. The room was warm and muggy with fan only. It has an indoor bathroom with no ventilation, which keeps bugs out, but tends to stay wet and smell worse than others. They required a key deposit on arrival. This was the only place that actually did that. They didn't heed our special request for a double-bed, so we had to push two single beds together. The staff was not full of sunshine; however, the restaurant was usually full of people, so they must be doing something right. I'd stay here again if I couldn't find one I liked better. I wasn't thrilled, but it wasn't a bad experience either. The low price makes this place more attractive."
Show more
7.2 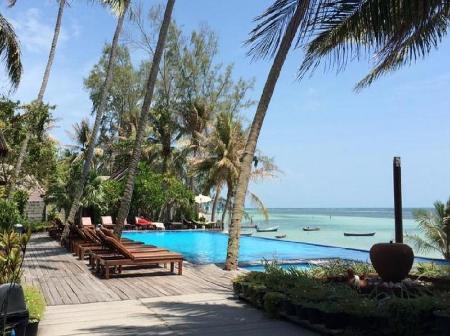 See all
Sunset Cove Resort
Haad Chao Phao,Haad Chao Phao - View on map
"There's so much to say about this place! First of all, the staff is the friendliest of all the places we stayed. My favorite people. They were always pleasant and at your service. We got ice at a late hour when my girlfriend sprained her ankle. They were perfect at understanding our meal requirements. We stayed in one of the economy rooms. The room was clean and attractive. The bed is the best I found on the island. The pillows were a bit too bulky for me, but the room was very comfortable. The air conditioning worked great. The room had a TV with DVD player, which at first I thought was weird, but we ended up watching a few movies so now I'm glad it was there. The bathroom is open to the outside. I mean you are standing outside when you are showering (behind walls, of course). This was nice in a way, because you never smelled sewage in your room. The down side is that flying creatures do get into the bathroom so you need to be careful going back and forth to the room. Speaking of flying creatures, this is the biggest complaint I have about this hotel. Mosquitos were the worst here. At dusk, there's an army of mosquitos that comes out to feed on hotel guests. You will be bitten. I didn't find this as bad at other hotels. This hotel has wooden planks all around so you are walking several feet above the ground. That's cool, but they have a lot of potted plants, and when they water the plants, the earth below is soaked. Because it's under the wooden decking, I believe it becomes a breeding ground for mosquitos. So basically, at dawn and dusk, you don't want to be outside on this campus... but I did because I wanted photos of the sunsets. Also, dusk was the first hour that the dining room was open. I suggest waiting an hour first. Speaking of the dining room.... wow, great food. The Pad See Ew was amazing. Get it. Some of the best Thai food I had on the island, and not expensive. The beach was so so, but don't let that stop you from staying here. You can walk alon"
Show more
8.3