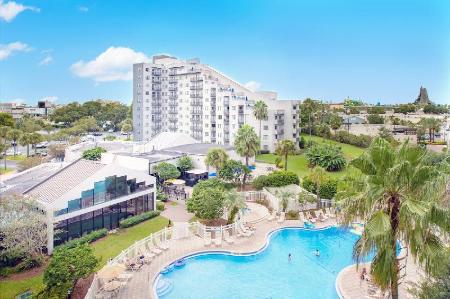 See all
The Enclave Hotel & Suites
International Drive North - Universal,International Drive North - Universal - View on map
"the hotel is located near universal on one of the side roads off international drive. walking distance to the shops and restaurants. quiet and plenty of parking space. our room was on the first floor with a view of the lake located in the back of the hotel. a couple of chairs right outside the patio to enjoy a few drinks and the view of the wet and wild theme park across the lake. the bed was a little hard but the room was big. had a small refrigerator enough for a few snacks and drinks. free continental breakfast but full breakfast available for a fee. small mini mart located on the premises. overall, not bad for the price and location."
Show more
7.5 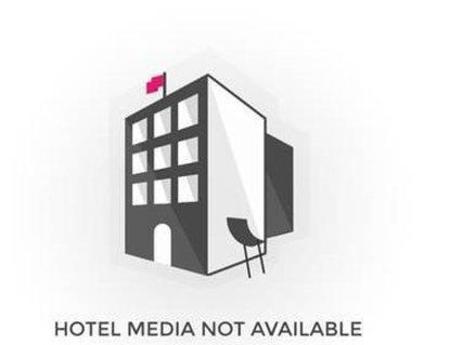 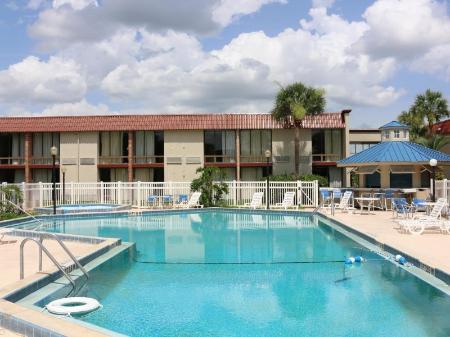 See all
I-Drive Grand Resort & Suites
International Drive North - Universal,International Drive North - Universal - View on map
"pros the location was nice, about 5mins by car to universal studios less than a $7 cab,lift or uber ride. i saw no bugs, but based on the reviews i believe what people saw were water bugs not roaches, they looked the similar and are very common in the south like ants. the staff were very nice and accommodating. cons building needs lots of work, roof leaking while it rained. hence the presence of water bugs. breakfast was a joke, toast, cereal , apple juice , coffee, 1 tea bag, no jelly, no butter, and milk. not even a trace of fruit. it wouldn't even be counted as a continental breakfast. they charge for everything, early check in, late check out, and the shuttle is also a joke, just has a few drop off times but 1 pick up time way too early"
Show more
4